Timely. My wife and I just read yesterday morning in our Bible reading of Pharaoh’s utilitarian, systematic, and brutal murder of Hebrew babies to control the population of the enslaved people (Exodus 1). The words of Exodus 1:22 spew a hideous evil:

Then Pharaoh commanded all his people, “Every son that is born to the Hebrews you shall cast into the Nile, but you shall let every daughter live.”

This same utilitarian evil has displayed itself again and again throughout the pages of history. From the deplorable tragedies of slavery to the coldly organized death of Holocaust victims, our broken, sin-stained world continually turns in on itself again and again wreaking havoc on the weak, vulnerable, or those simply deemed unneeded or unnecessary. In recent days, states in the US have extended abortion to full term. It’s unconscionable. It’s sickening. It’s evil. I cannot remove from my mind the image of lawmakers in New York cheering when they instituted this law. This evil attempts to drown out Iowa’s move toward honoring and protecting life the very same week as their governor signed the heartbeat law into place protecting the life of an unborn baby at the moment a heartbeat is detectable.

After my wife Diana and I discussed and lamented what we are watching unfold in our country, my mind drifted back to Exodus 2 and the birth of Moses. As I read and reflected again on the providential way in which God preserved his life, a renewal of hope began to take shape in my soul. Even in the evil, God sent a rescuer. Moses would be raised in Pharaoh’s own home. The very one who instituted such violence against the most vulnerable, would become the very one God would use to preserve the life of the man He would use to bring His people up out of bondage. The little baby Moses would be drawn up from the Nile River, the very device of evil used to murder many young Hebrew baby boys.  He would then be nursed, preserved, and raised in the home of Pharaoh.    Ultimately, God’s ironic providences in guarding Moses’ life would lead to God sending him back to Egypt to cast off the evil chains of bondage. And with him, God would usher in layers of judgment upon the evil depravity of Egypt’s sinfulness.

My mind then flashed forward to another Hebrew child in the pinnacle era of history when another evil regime also sought to snuff out life. Herod, when he heard of the birth of a King, sent his wrath out upon the weak and the vulnerable to satiate his jealous hatred and fear of losing control.

Then Herod, when he saw that he had been tricked by the wise men, became furious, and he sent and killed all the male children in Bethlehem and in all that region who were two years old or under, according to the time that he had ascertained from the wise men.
Matthew 2:16

In God’s providence yet again, Jesus would escape with his parents to, of all places Egypt, for the preservation of His life. Even in the evil, hope arises.

Are you noticing a pattern here in God’s providence? All throughout history, evil displays it’s ugliness. And yet, God, even sometimes through the very devices of that evil raises up His Hope for humanity. In Jesus, He sent the Rescuer, the Redeemer, the Savior, who would later wield the tool of Roman evil–a wooden cross–to break the chains of sin and darkness. In His resurrection three days later, Hope would break out of the grave of death. Even in the evil, the Hope arises!

With Moses, many years would pass between his preservation as an infant and God’s deliverance. With Jesus, more than 30 years would pass before He secured victory on the cross over evil. And again, three days would pass before His resurrection victory would be shouted from heaven. Time will pass in the here and now as we look again to the attacks on the beauty of human life through the evils of abortion–or any injustices upon humanity for that matter. But just wait. Even in the evil, a hope arises.  I believe God is wakening many in his church to pray, fast, and graciously engage this grave tragedy with His mighty Hope. *For my church family at Pleasant Garden Baptist Church, we will be joining with an organization called Love Life right here in Greensboro to watch His hope arise.

*For those connected at PGBC, we will adopt a week through Love Life in early August.  Be on the lookout for more details soon. 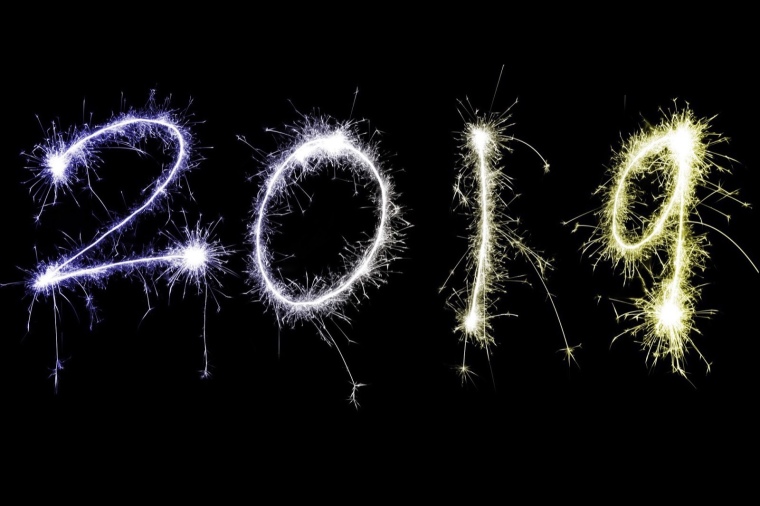 When the clock strikes midnight on 12/31, another year will pass and usher in the new. As one year closes, another opens. The passing of time, particularly at the New Year, allows for reflection and rejuvenation. I’m sure many of you will make resolutions physical, spiritual, and relational. I pray, right now, that God grants you the diligence and determination to keep them.

For me and my family particularly, this passing of 2018 into 2019 has invited a great season of thanksgiving for all God has done in our lives this year. He has moved us to a new place, a new ministry, and a renewed zeal to seek and serve Him.

I’m sure, though, for some, the passing year may be a godsend. Some reading this right now may be hoping that loss, trial, frustration, or difficulty may be passing too when the clock strikes midnight.

As I contemplate the spectrum of emotions that a New Year brings for many, I’m reminded that whether we come to this transition with thanks, regrets, or anxieties, God has a word for us.

13 Brothers…one thing I do: forgetting what lies behind and straining forward to what lies ahead, 14 I press on toward the goal for the prize of the upward call of God in Christ Jesus. Philippians 3:13-14

Are you regretting a year of self-inflicted pains? Repent. And press on toward Christ.

Are you wishing that the changing clock will wash away the aching loss in your heart from life changes you couldn’t control? Hope. And press on toward Christ.

Are you anticipating the New Year with eagerness of all God will do? Look ahead. And press on toward Christ.

Are you awaiting with thankfulness a fulfilling year of God’s bounty and goodness? Praise. And press on toward Christ.

The recipe—indeed the resolution—for each of us is the same: press toward Christ. So whether you celebrate, sing, sit alone, or sleep in the turning to 2019, do so with Jesus as your focal point. And let’s see what He will do!